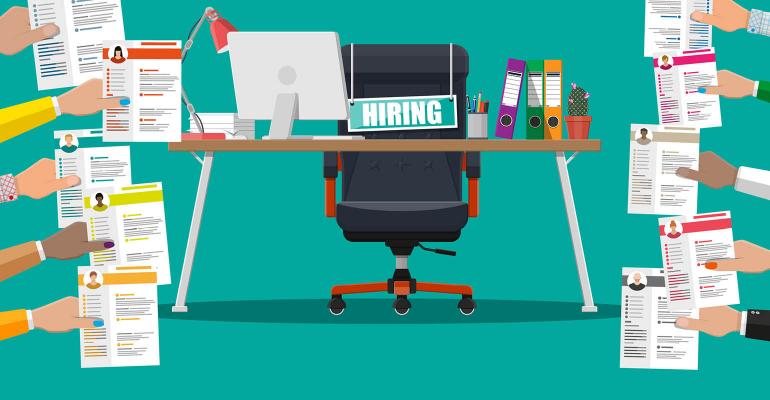 While there may be a smaller pool of qualified individuals to step into higher-level roles, recruiters and hiring managers also have to grapple with a historically low U.S. unemployment rate.

As the unemployment rate in the U.S. remains at an all-time low, commercial real estate companies are eager to add experienced employees—if only they can find them.

“The commercial real estate sector, as a whole, feels the pinch of attracting young talent,” says Marc Torrey, global sales director at SelectLeaders, an online job platform that focuses on the real estate and finance industries.

This pinch also compounds the struggle to diversify an industry known to be mostly white and male, and where women continue to be promoted less frequently and see a greater pay disparity compared to men. While there have been moves within the industry to recruit more diverse candidates, there is still more that needs to be done, recruiters say.

The hiring issues began with the Great Recession more than a decade ago. When the financial crisis hit and money from the capital markets dried up, people fled the industry and companies downsized.

When the economy bounced back, there seemed to be a sudden increased need for more workers, a spike that occurred around 2014. “There were so many needs created in such a short amount of time,” Wittenberg says.

During and shortly after the crisis, there was also no hiring at the entry level. “That lack of training has created a shortage of people who can step into mid-level positions right now,” says Dianna Rudd, senior director of facility staffing and recruitment at IMPEC Group, a California-based workplace consulting and facility management firm.

Today’s candidate searches are stubbornly demanding, and firms are grasping to find talented individuals to fill more roles. “The atmosphere … is, ‘I want somebody who can do everything right now,’” Rudd says.

And while there may be a smaller pool of qualified individuals to step into higher-level roles, recruiters and hiring managers also have to grapple with a historically low U.S. unemployment rate. In July, the unemployment rate in the U.S. was 3.9 percent, slightly higher than May’s rate of 3.8 percent, one of the lowest in the country’s history, according to the Bureau of Labor Statistics. For the real estate and rental and leasing category, there was a 3.5 percent increase in jobs added in July from June.

In 2018, it takes about 30 views for a candidate to apply for a position, which makes it harder for recruiters to find candidates who are actively looking for a job, Torrey says. “It’s still a really passive market,” he says.